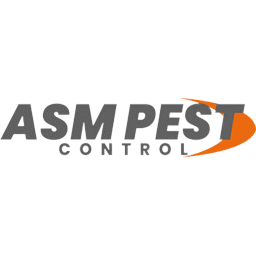 We employ non-toxic insecticides, non-hazardous chemicals, and non-hazardous techniques that will not harm people or their property.

ASM Pest Control provides holistic pest control solutions for Residential, Commercial and Industrial facilities with the support of our qualified exterminators across the Lower Mainland.

ASM Pest Control meets the BBB Accredited Business standard of trustworthiness and quality. So the pest control services we provide you give great results.

ASM Pest Control provides a 10% Discount for the Seniors. You can trust that we will value your property and never propose a service or treatment that you do not require. 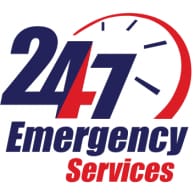 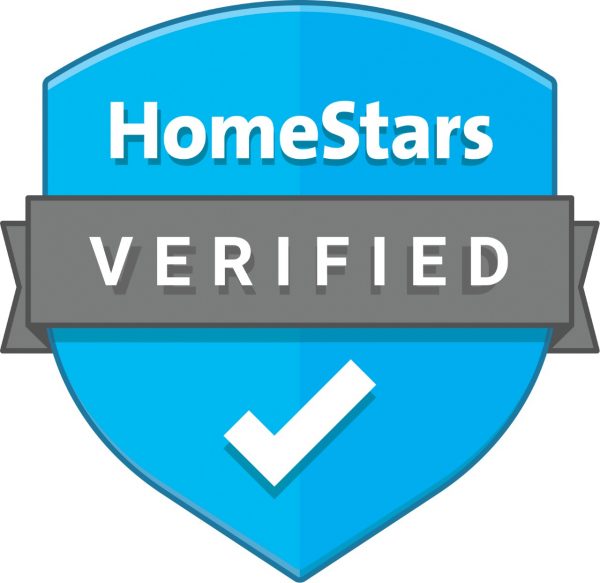 Due to our amazing reputation, excellent customer service, and favourable ratings, HomeStars has rated us a top-rated pest control company for the past two years in a row. 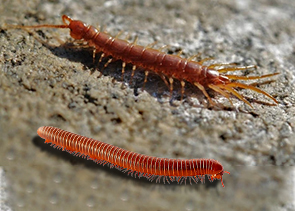 Wrenched Millipedes and Centipedes both have many body sections and numerous legs. Although, the Centipede has a more smoothed body and just one set of legs for every part, while the Millipede’s body is adjusted on top with two sets of legs for each segment. Additionally, the Centipede’s legs are any longer, permitting it to move all the more rapidly. When upset, millipedes will in general curl up, however centipedes quickly run for the nearest dim concealing spot.

Centipedes are a proficient method of controlling other bugs in your home. They like to eat creepy crawlies, cockroaches, silverfish, cover insects, or insects. Millipedes, then again, don’t endure once in the home since it is excessively dry for them.

Did you realise that the millipede and its near cousin, the centipede, are not insects at all? They are members of the arthropod family, which includes creatures with exoskeletons rather than boney skeletons inside their bodies. Scorpions, crickets, flies, and other familiar creatures are all members of the family. Millipedes And Centipedes Control in Lower Mainland eat rotting and dead plant debris. During the colder months of the year, they go inactive and enter a condition of dormancy. They wake up and start moving around again as the temperature warms up. This is why they might be found in and around the residence throughout the summer. Only a handful come out of hibernation at a time, but if a mated partner has been overwintering in or around your house, the female may have left up to 300 eggs at a time, all of which will grow when the weather warms up. This is what causes the infestations that might arise in particular locations from time to time.

Following rainstorms, millipedes and centipedes seek higher and dryer land, which is usually trees, plants, and buildings. Dame and decomposing debris, as well as certain smaller insects, especially dead ones, provide food for them. They can be found in huge numbers in the yard and garden area where there are lots of rotting plant materials to feed on since they seek wetness and humid surroundings. Indoors, they may be found around patio entryways, as well as in basements, kitchens, and restrooms. If they’re found inside, it’s most likely because they strayed in looking for food or refuge.

Centipedes do not have the protective waxy skin on their nails and are, therefore, more susceptible to drying out. They look for a damp place like the basement or toilet. In general, they also seek shelter inside when winter temperatures drop. Millipedes also like wet and semi-dark places and seek shelter inside during winter.

Are Centipedes and Millipedes Dangerous?

Centipedes can bite and the pain can be like a wasp sting. Millipedes are rolled into a tight spiral and emit toxic chemicals that can cause Burns. Symptoms include skin irritation, tanning, blistering, and itching or burning on the skin.

Centipedes have a body made up of numerous segments, each with one set of legs. These lengthy legs protrude from the sides of their bodies and trail behind them, making them quite noticeable. Centipedes in the Lower Mainlandcan move incredibly swiftly because of their legs. They have lengthy antennae as well. Centipedes in the Lower Mainland may bite and are regarded as predators since they kill and consume their victims.

On either hand, millipedes are the polar opposite. The first three body segments of these arthropods contain just one pair of legs, but beyond that, each body segment has two pairs of legs. Their legs are shorter than centipedes’ and do not trail behind their bodies. Millipedes move significantly slower than their long-legged relatives due to their small legs. Millipedes can’t bite, either. They are scavengers who do not hunt for food.

So, which is the riskier of the two? When startled, millipedes wrap themselves into a ball shape, much like a pill bug.   They exude a foul-smelling fluid that can irritate human skin and eyes if touched because they are unable to bite. Centipedes, on the other hand, will occasionally bite people if startled. A centipede bite resembles a bee sting in that it leaves a red mark that might enlarge, itch, or sting. Millipedes and centipedes are not considered hazardous to humans or pets, despite their protective tactics. These pests are not known to spread illnesses or contaminate food, furniture, or plants.

Our Approach Towards Removal of Centipedes And Millipedes 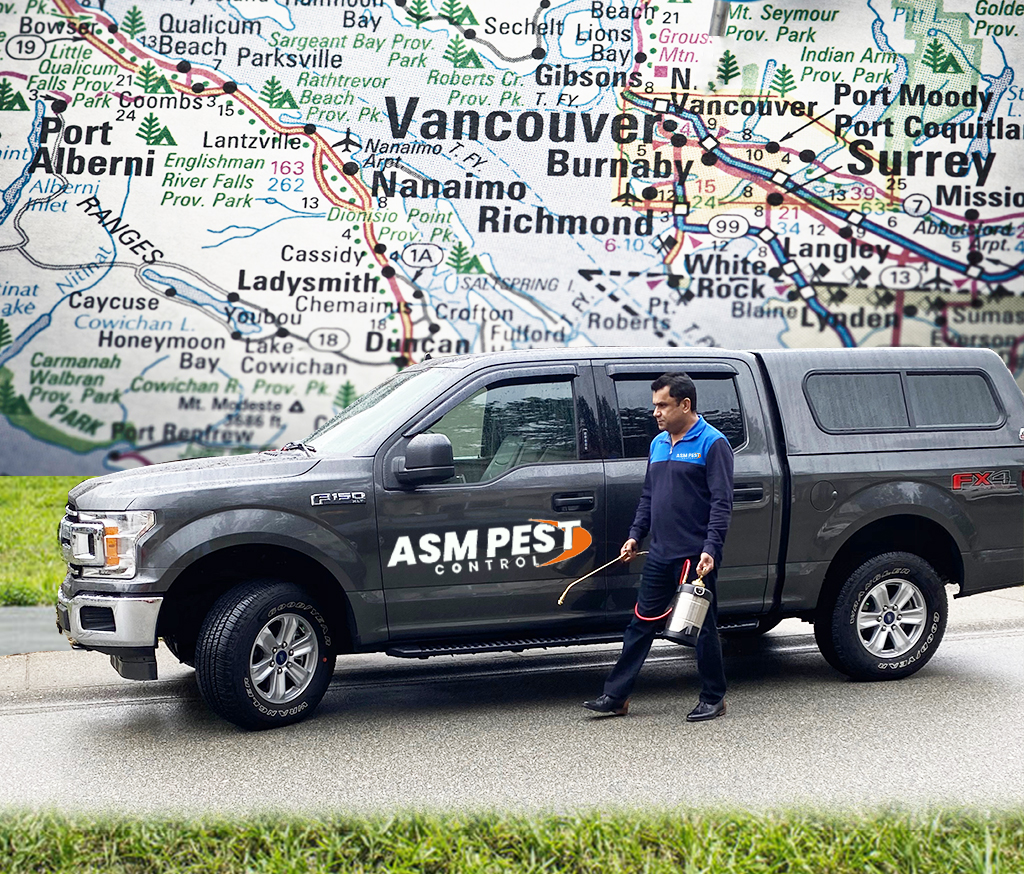 ASM Pest Control is a notable pest control firm in the Lower Mainland. We are proud to serve residential, commercial, and industrial clients with a wide range of ant, rat, cockroach, and bed bug control services, among others. We are a team of qualified and insured pest control experts. For many years, we have been resolving pest concerns and have developed a reputation for providing nothing but premium service. Whether you need to get rid of troublesome insects or want to make your property pest-free, you can count on us to provide a safe, effective, and humane service.

Our pest control technicians offer same-day and next-day service throughout the Lower Mainland. Feel free to contact us for a free quote if you have a pest control issue.

If you are looking for a licensed pest exterminator in the Lower Mainland, your search ends here. With years of experience in integrated pest management, we are proudly serving the residential, commercial and industrial clients with effective and long-lasting services. We not only eliminate unwanted insects but also follow measures to restrict and prevent their entry in the future. Our approach includes: